The primary cause of human and black bear conflict is the availability of unsecured human food sources.

Once a bear becomes used to being around people and to relying on the easy, high-calorie meals found in trash cans, the probability of conflict increases, along with that of the bear being killed.

From 2011 - 2015, Colorado Parks and Wildlife (CPW) partnered with the City of Durango to study effective methods for reducing human-bear conflicts.

The study found that human-bear conflicts are increasing due to changes in bear behavior, but that success in reducing conflicts will likely depend on our ability to change human behavior.

View an overview of the CPW study (PPT), or a PDF version (PDF).

During 2017, a shortage of natural food and a surplus of available human food sources led to high in-town bear activity.

In order to comply with the Ordinance, residents should ensure that:

Starting March 14, 2018, the City will be distributing fully-automated wildlife-resistant trash containers during Phase I of a two-year project.

The Phase I area was identified as having particularly high bear activity through the CPW study and includes residents from 1st Street to the South side of 7th between East 2nd Avenue and East 9th Avenue. 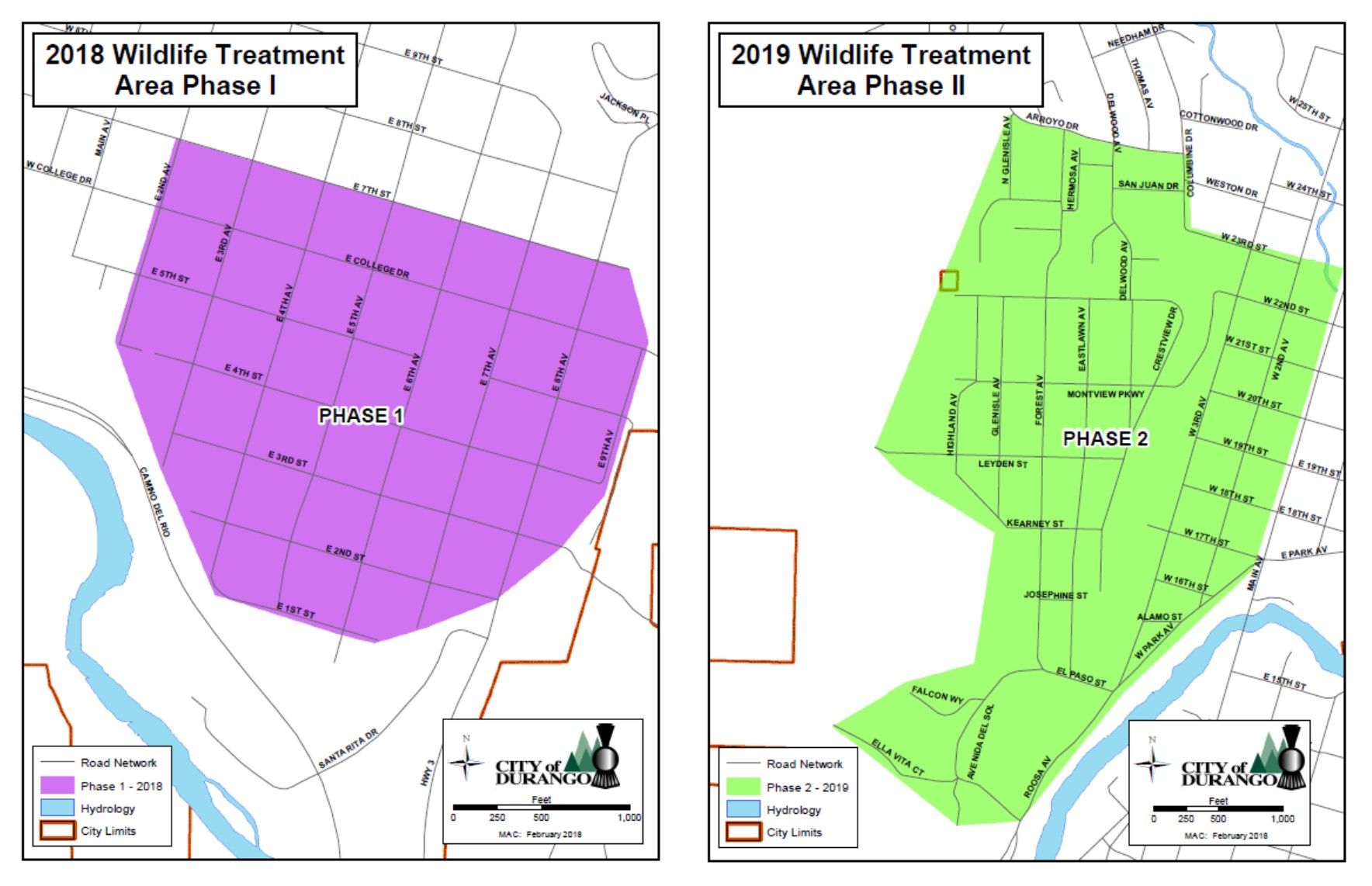 Residents who do not currently have a wildlife-resistant container will see a new $4.00 fee on their monthly utility bill. This fee will enable the City to recover the cost of the container over a four-year period.

Phase II of this project will take place during 2019.

City of Durango residential trash customers who live outside of the Phase I and II areas may request a wildlife-resistant trash container and will also be charged $4.12 per month for 4 1/2 years. 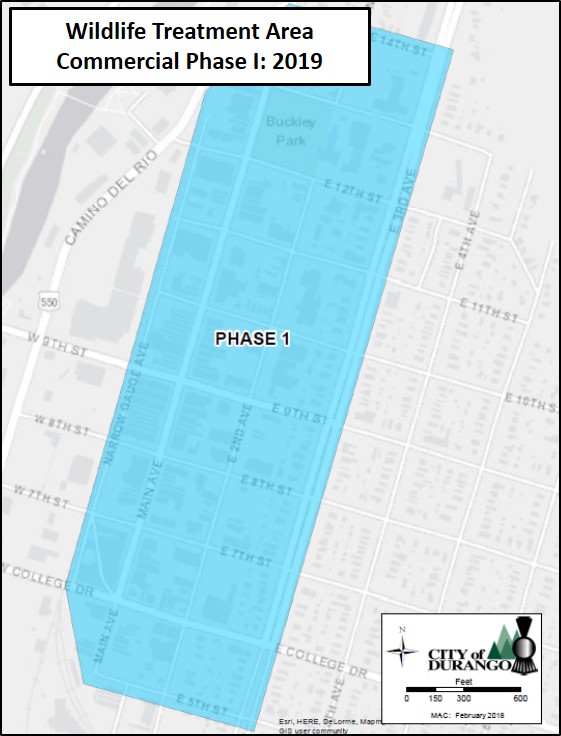 Businesses in Durango are responsible for ensuring that their trash containers are secured from bears and other wildlife. Additional trash collection services may be necessary during bear season.

During 2019, City of Durango commercial customers in the downtown corridor will have Auto Locks fitted on their front load trash containers.
View Commercial Phase I map (PDF).

To request a wildlife-resistant trash container for your business, call the City of Durango at (970) 375-5004 or contact your service provider.