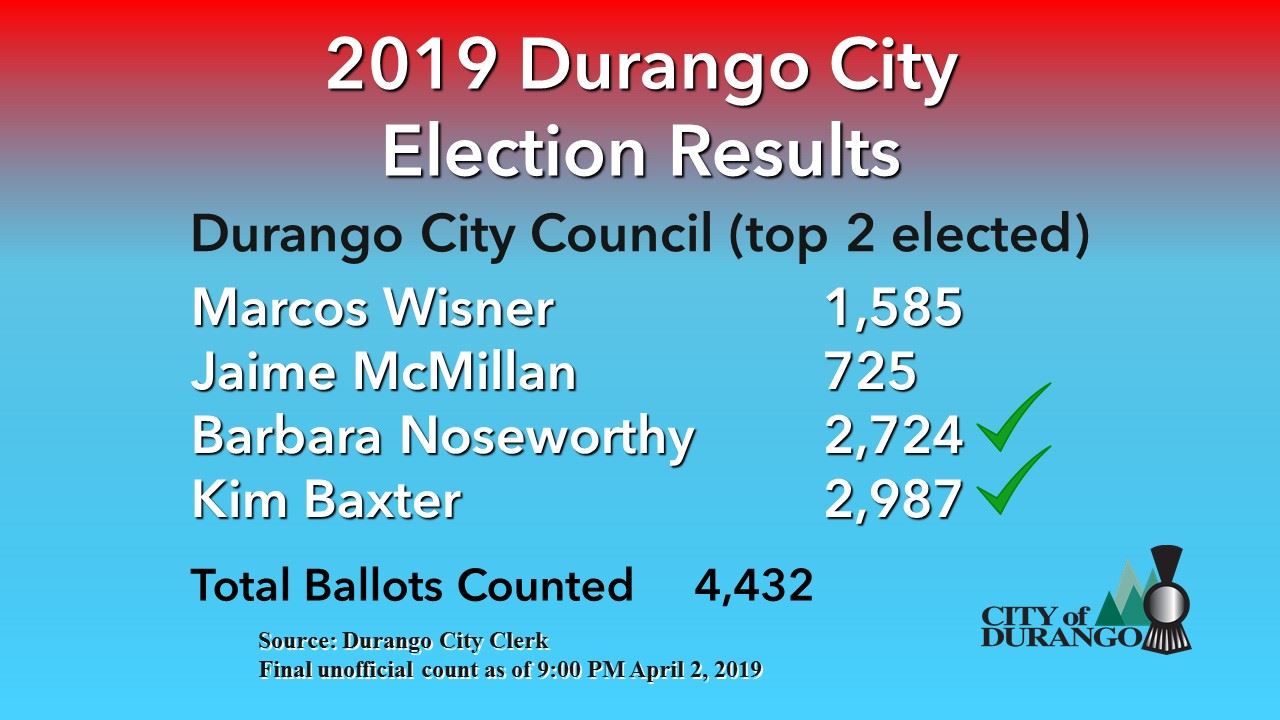 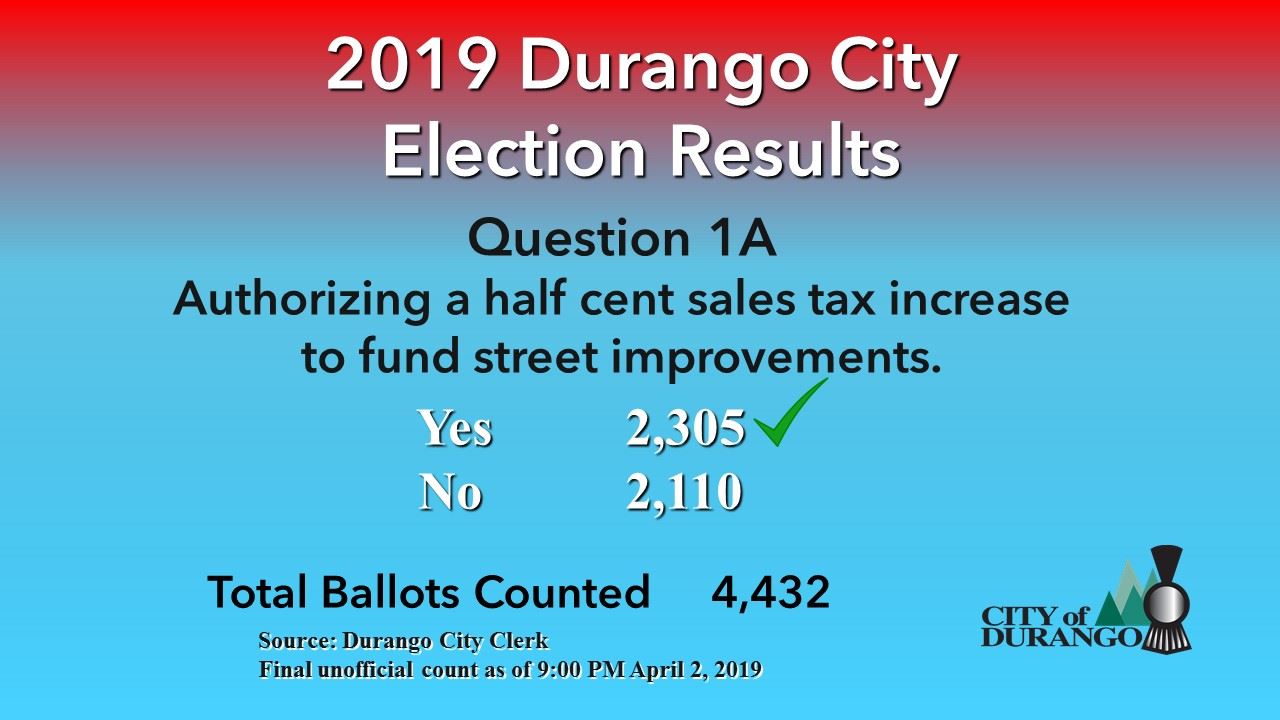 The City of Durango's Regular Municipal Election was held on Tuesday, April 2, 2019, and was conducted by mail.

One of the two purposes of this election was to elect two City Council members to four-year terms.  The candidates were Marcos Wisner, Jaime McMillan, Barbara Noseworthy, and Kim Baxter.

The other purpose of this election was to decide this question:

QUESTION 1-A: AUTHORIZATION TO INCREASE CITY TAXES FOR 10 YEARS FOR THE PURPOSE OF FUNDING STREET IMPROVEMENTS.

SHALL CITY OF DURANGO TAXES BE INCREASED NOT MORE THAN $4,686,000 IN THE FIRST FULL FISCAL YEAR OF COLLECTIONS AND BY WHATEVER AMOUNTS ARE GENERATED ANNUALLY FROM AN ADDITIONAL SALES AND USE TAX OF NOT MORE THAN 0.50% TO BE IMPOSED BEGINNING JULY 1, 2019, FOR THE PURPOSES OF FUNDING THE CONSTRUCTION, OPERATION AND MAINTENANCE OF STREETS, ALLEYS, CURBS, GUTTERS, SIDEWALKS AND RELATED STREET IMPROVEMENTS WITH PROPOSED EXPENDITURES BEING FIRST SUBMITTED TO A CITIZEN ADVISORY BOARD FOR A RECOMMENDATION TO CITY COUNCIL; PROVIDED THAT THESE INCREASED TAXES SHALL NOT BE COLLECTED AFTER JUNE 30, 2029?

All persons who have attained the age of 18; who live within the boundaries of the City of Durango; who are United States citizens; and who were registered, active voters on March 13, 2019, according to the records of the La Plata County Clerk, shall be mailed ballots on March 16, 2019.

ALL COMPLETED BALLOTS MUST BE RECEIVED BY THE DURANGO CITY CLERK’S OFFICE BY 7 P.M. ON TUESDAY, APRIL 2, 2019, TO BE COUNTED.  Return envelopes containing ballots must bear the signature of the voter.  Completed ballots must be returned by either: